At the end of last month’s update, I said we were working towards alpha 1 of BonsaiDb, and we are very close. With the holidays, however, we’re now anticipating the alpha to be released either the first or second week of January. With the remaining upstream changes being related to cryptography crates, we definitely are wanting to ensure the changes are done correctly rather than quickly.

BonsaiDb is a developer-friendly database written in Rust. It offers:

Why pre-alpha for so long?

To me, data is sacred. I couldn’t in good faith publish a database and promote it for usage until I was comfortable using it myself. And until August, my highest priority tended to be missing features instead of working down my list of “remaining questions that might break compatibility”. The freedom of experimenting while knowing it’s OK if you break file formats is important early on.

Watch me build an app

BonsaiDb was originally introduced at the Rust Gamedev Meetup, and I wanted to build a small “game” to show off BonsaiDb. I use the word game lightly here – it’s really just a few buttons and some text. But, this little demo has a lot going for it:

The video is 9 hours long, but has chapter bookmarks to enable jumping between specific topics/tasks: Or, you can see my presentation at the meetup, where the “game” was demoed: 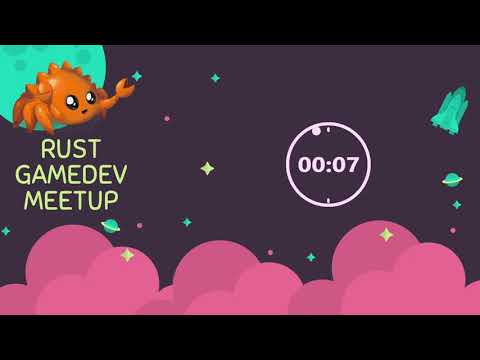 There have been 122 commits with 7,899 additions and 3,455 deletions across 153 files since the last update, as well as changes in other related repositories. Here’s a quick rundown on some notable changes:

Pot is a serialization format we invented that aims to be more compact than CBOR while still remaining fully self-describing. This release candidate signifies that I’ve reached my comfort level with the format itself.

Fabruic is our networking implementation for reliable, ordered payload delivery over QUIC. It uses quinn, which released a new update which enabled us to bring Fabruic to rustls 0.20.

We want BonsaiDb to be fairly lightweight. However, it’s a batteries-included database, and there are a lot of dependencies. We’ve added additional feature flags allowing mutli-user support and at-rest encryption to be disabled.

BonsaiDb now supports specifying a View’s Key as a tuple containing up to 8 elements that implement the Key trait.

Views in BonsaiDb are just BTrees under the hood. This means that for ranged or ordered queries to work, the keys must be able to be sorted and compared in their binary representation.

If we concatenate the bytes together and sort them, the result would be this:

That’s not right! We need to also encode the length of the String, but now we’ve got a problem: how big should we encode the length? In general, for performance you want to keep your keys as small as possible.

To solve this, I introduced a new crate ordered-varint. This crate allows packing integers in such a way that they remain sortable in their binary representation. BonsaiDb uses this crate to encode length information, when needed, to support composite keys automatically.

As part of preparing for a new release, I’ve been working on better documentation. The user guide is still a work in progress, but I’ve spent some time updating it for the release. One new section it contains is a walkthrough of the new CustomApi example.

Another new example shows how to extend the built-in command line interface.

I’ve re-introduced the backup/restore functionality in a new way that is able to be extended to support more than just filesystem backups. I have issues tracking S3 support and incremental backup.

If you find yourself trying BonsaiDb out and you have any questions, don’t hesitate to open a thread here, an issue on Github, or join us on our Discord. I hope everyone enjoys their holidays!